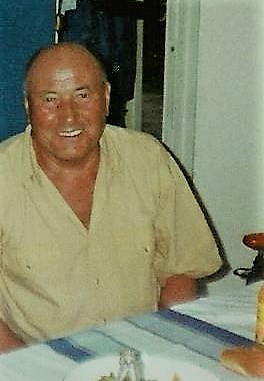 It is with great sadness to announce that one of our charity’s founder members and trustee, Donald Victor Newbold CBE has passed away after a short illness.

Don, as he was known to many, had retired as chairman of Foster Wheeler Inc when this charity was founded in 1998. He was honoured as a Commander of the Most Excellent Order of the British Empire (CBE) in 1986 for his services to export.

He soon became one of the trustees of this charity and travelled to The Gambia many times as he had a vision to build a school for visually impaired children in that country. He had pledged that he would attend the opening of the school in 2002 whatever his commitments - and he was true to his word.

On one occasion, after the school and dining hall had been built, he learnt that there wasn’t a kitchen. As one of his main priorities was the welfare of the children he immediately donated funds so that a kitchen could be built.

In the last few years he was unable to fly to The Gambia but continued to give considerable support for all our projects. He looked forward to my visiting him at his home after our trips to The Gambia.  He enjoyed looking at the photographs of the school and reading my reports and, when he wanted further details, was quick to ask questions.

Don will be sadly missed by many here in the UK and in The Gambia.