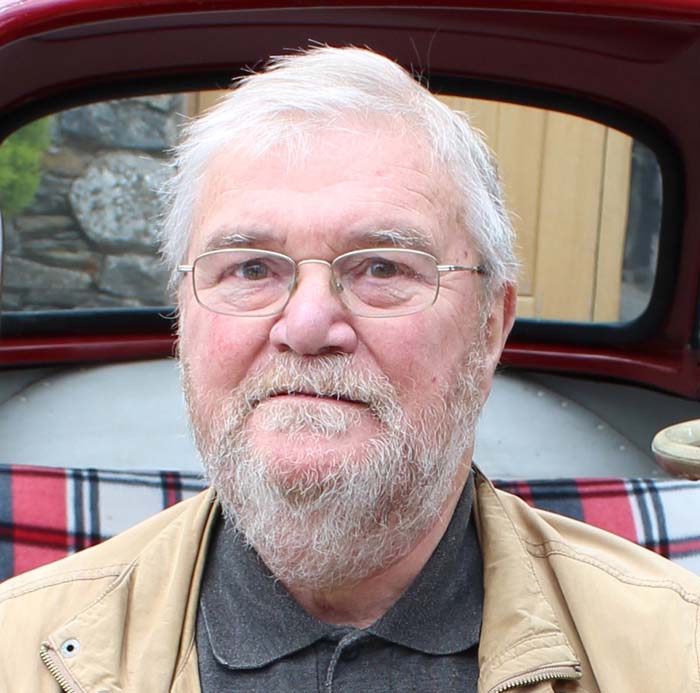 It is with great sadness that I announce the death on May 19 2019 of fellow founder and former trustee, David Pointon.

Thirty years ago David answered my appeal for assistance for the blind and visually impaired children of The Gambia.  At that time David was head of what was then the Sensory Support Service of the Norfolk County Education Department.

Joining me in The Gambia David soon assessed the needs of the blind and visually impaired children there. His list was frighteningly long.

To mention a few: proper training for the few teachers who were working with the children; computers with special programmes to assist training; Braille machines and paper; tape recorders; and even a purpose-built school. At that time the few pupils attending a dedicated facility were housed in an annex to a mainstream school in Banjul.

David - with great enthusiasm - set to work with myself and my wife, Joan, to start meeting those needs. A charity was registered first as the Friends of GOVI (The Gambian Organisation for the Visually Impaired) and later as the Friends of Visually Impaired Children in the Gambia. Funds were successfully raised for building a special school for the children at Serrekunda.

A highlight for David was the purchase of a minibus in 2003 and, together with Malcolm Garner,  drove to The Gambia with urgently needed equipment. Subsequently he organised and led several other overland deliveries including that with the Dales Team in late 2006 and with members of the Wensleydale Rotary Club in January 2010 The minibuses were then used by the school.

After several years of meetings with the Minister of Education we succeeded in obtaining an agreement that student teachers, as part of their training, would spend time with disabled pupils at St John’s School for the Deaf and at the GOVI School for the Visually Impaired (both at Serrekunda).

David worked closely with the Education Department and with the Integrated Education Programme headed by Nancy Mendy and her deputy Sarjo Bajinka.

Having just returned from The Gambia I was unable to inform David that there were now over 300 visually impaired children receiving education and of Nancy Mendy’s latest initiative to recruit more teachers. This is a legacy that David could be proud of.

All I can say is: Thank you David for all your help and support over the years and for realising my dream of a future of hope for the blind and visually impaired children of The Gambia.

Friends of Visually Impaired Children in The Gambia